News / The most beautiful wooden bridge in the world 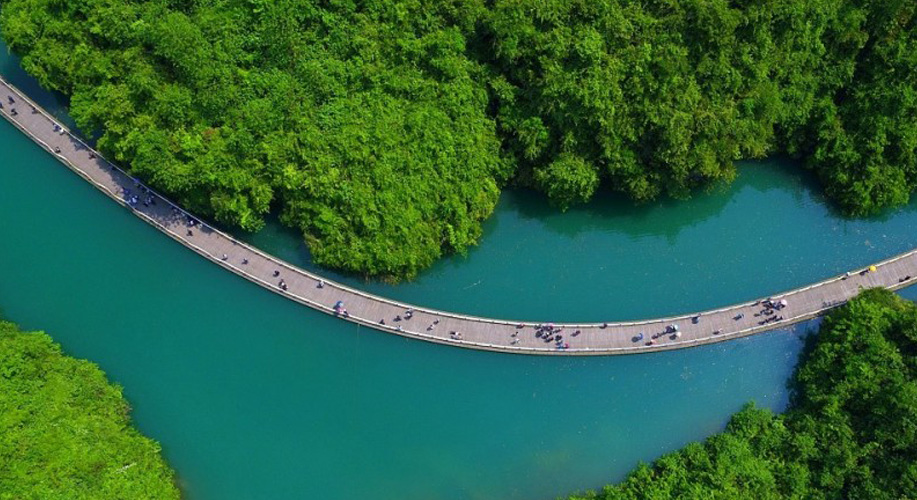 The most beautiful wooden bridge in the world

China is an expert when it comes to monumental works, often creating wonders which go on to become major tourist attractions. One such work is the wooden bridge over the Shiziguan river, which opened this May 1st. The spectacular walkway, spanning the river in central China, is surrounded by verdant greenery and already in many...

China is an expert when it comes to monumental works, often creating wonders which go on to become major tourist attractions. One such work is the wooden bridge over the Shiziguan river, which opened this May 1st. The spectacular walkway, spanning the river in central China, is surrounded by verdant greenery and already in many quarters it has been labeled the world’s most beautiful wooden bridge. 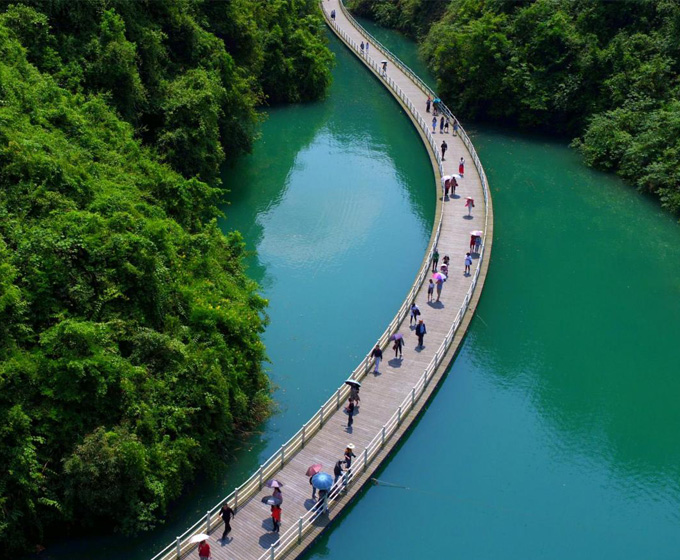 500 metres long, the construction uses timber planks and follows the course of the River Shiziguan, which until now could only be navigated by boat. The walkway can be followed both up and downstream, and gives the visitor the feeling of walking on the river itself. This region, in the county of Xuan’en, is one of the most inaccessible in China, thus the bridge not only attracts much-needed tourists to the area, it also eases the locals’ journeys. 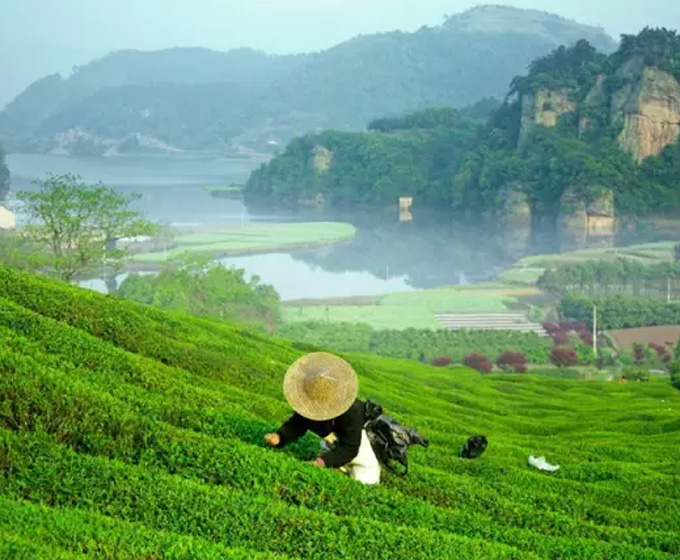 Those fortunate enough to have made the short trip across the bridge tell of the serenity they experienced whilst walking over the water, in a setting noted for its exuberant forests. One has only to contemplate pictures of the walkway over the Shiziguan river to understand just how stunning this wooden bridge is, and the importance of the work as a showpiece of Chinese engineering.
Although its inauguration was scheduled for the 1st May, Labour Day, many locals decided to get in before the official ceremony and made their first crossing a few days beforehand, testament to the interest generated by the bridge amongst the inhabitants of Xuan’en county. The work also highlights the importance of wood as a building material, and its value for both decoration and construction. 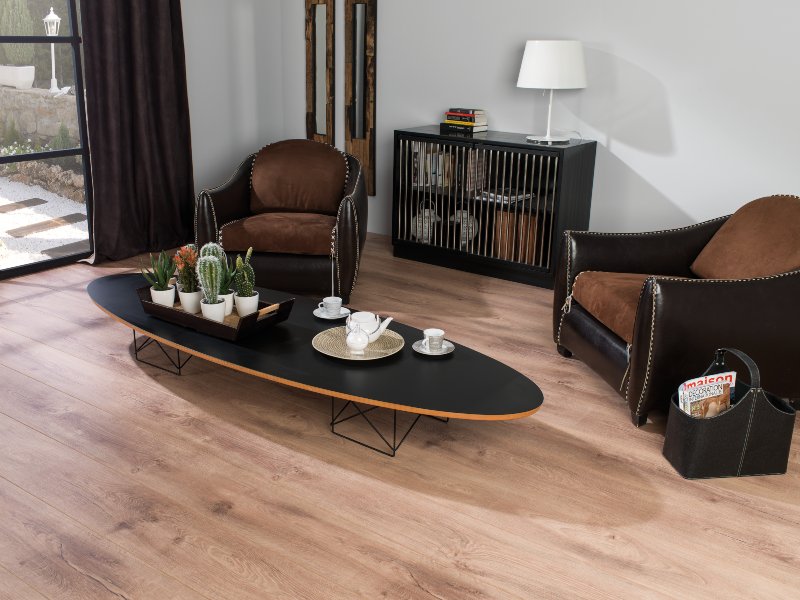 Dark or light floors: how to choose the right option

Choosing dark or light flooring will depend on different factors, such as the type of housing, the space, and decorative style. 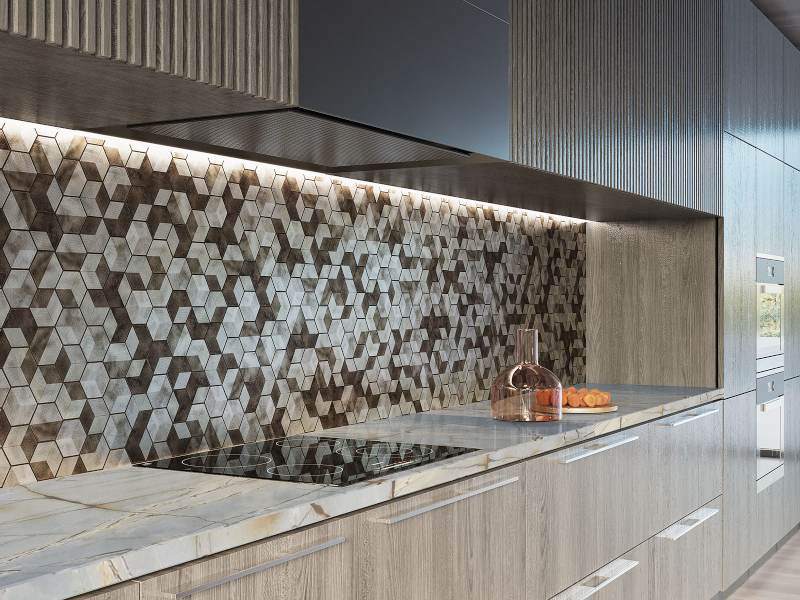 5 basic tips to design the kitchen of your dreams

Do not miss the main aesthetic and functional aspects when designing a kitchen: island design, colors, lighting, space optimization and more 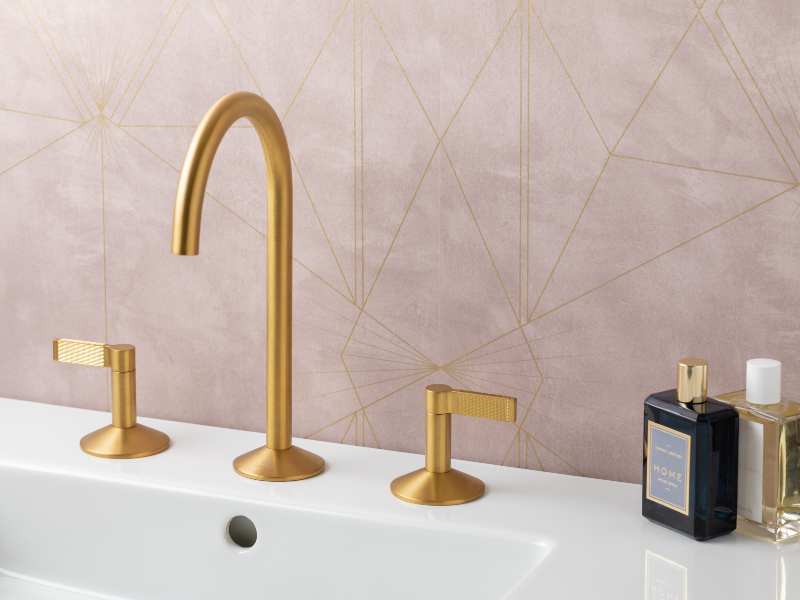 Do you want to give your bathroom a unique touch? Wallpaper can be a great option. Read on to find why