Brazilian artist Henrique Oliveira invites us into a labyrinth of large proportions, taking the form of a hollow tree in its interior. After enjoying the amazing organic aesthetic of Transarquitetônica, the visitor can enter its tunnels, exploring different routes, intoxicated by the aroma and sounds of the installation.

Made from a structure of wires covered with blocks, stones, branches and woods of different lengths, thicknesses and sizes recovered from urban waste, Oliveira’s creation simulates a tangle of roots through which to explore the evolution of urban architecture; from the primitive refuges of caves to the current buildings which extend like the branches of trees. 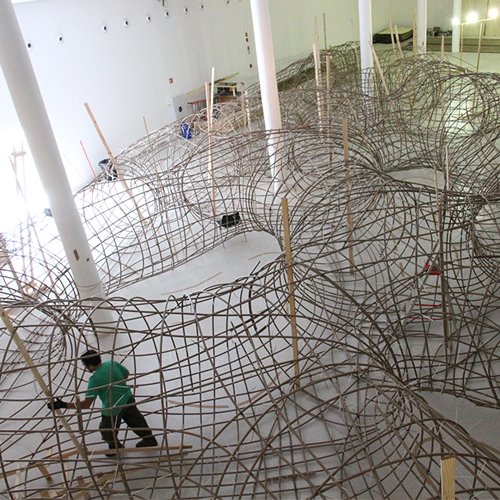 The installation takes up the whole exhibition room, adapting itself to the geometry of the space, dodging columns and staircases at the necessary points to shape the giant labyrinth which is the largest creation that the Brazilian artist has undertaken to date. 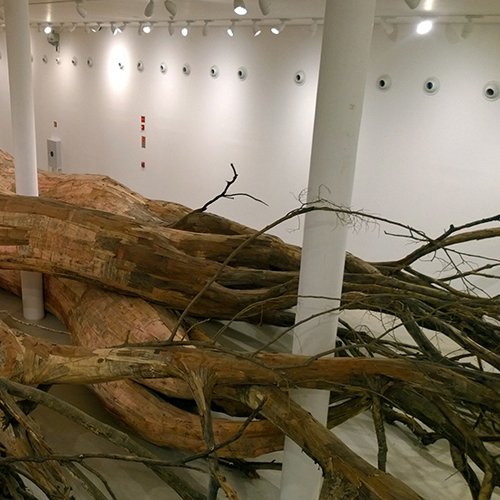 Known for creating unconventional works from recycled materials, Henrique Oliveira amazes international visitors once again with this creation made from the same materials with which the shanty towns of Brazil are constructed. This is an organic labyrinth that urges reflection on the evolution of architecture, which has been created in the Museum of Contemporary Art at the University of São Paulo.

The creator himself explains the creative process behind Transarquitetônica in this video: http://youtu.be/ajLfU6Hjwow 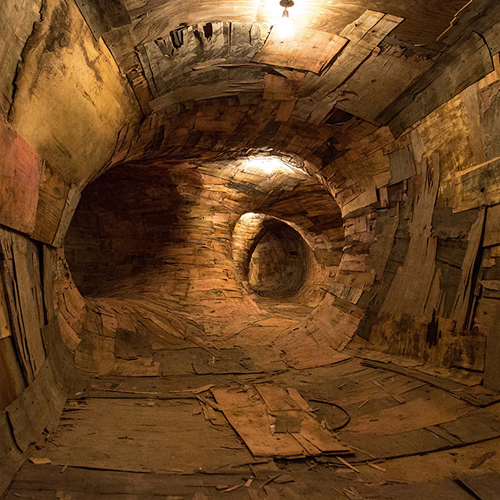