Seville’s Mushrooms (Las Setas de Sevilla) took four years to take shape but the wait has been worth the while. It is the biggest wooden structure in the world, an impressive construction in the middle of La Encarnación Plaza in Seville, made mainly from wood and chosen as the winning project by Seville City Council to regenerate a forgotten area.

The challenging design, formerly known as the Metropol Parasol, was a risk taken by the Berlin architect Jürgen Mayer, who decided to go for wood as an element of fusion in a sculptural work that defies its own limits. At nearly 30 metres high, 150 long and 70 metres wide, the idea was to create a modern environment in a traditional neighbourhood.

Being mainly made of wood, which is held up thanks to two blocks of concrete, it evokes an authentic and dynamic feel of Seville. Due to its association with more traditional environments it could have been a risk to use this material, but it manages to make modernity and history go hand in hand in this minimalist style of construction, which is integrated into the city itself.

The curved shapes and winding waves that give life to the ensemble and with wood at the fore, Setas de Sevilla (Sevilla’s Mushrooms) has five levels housing a museum, shops, a restaurant area and a viewpoint from where you can see the dazzling views of the City of the Guadalquivir. 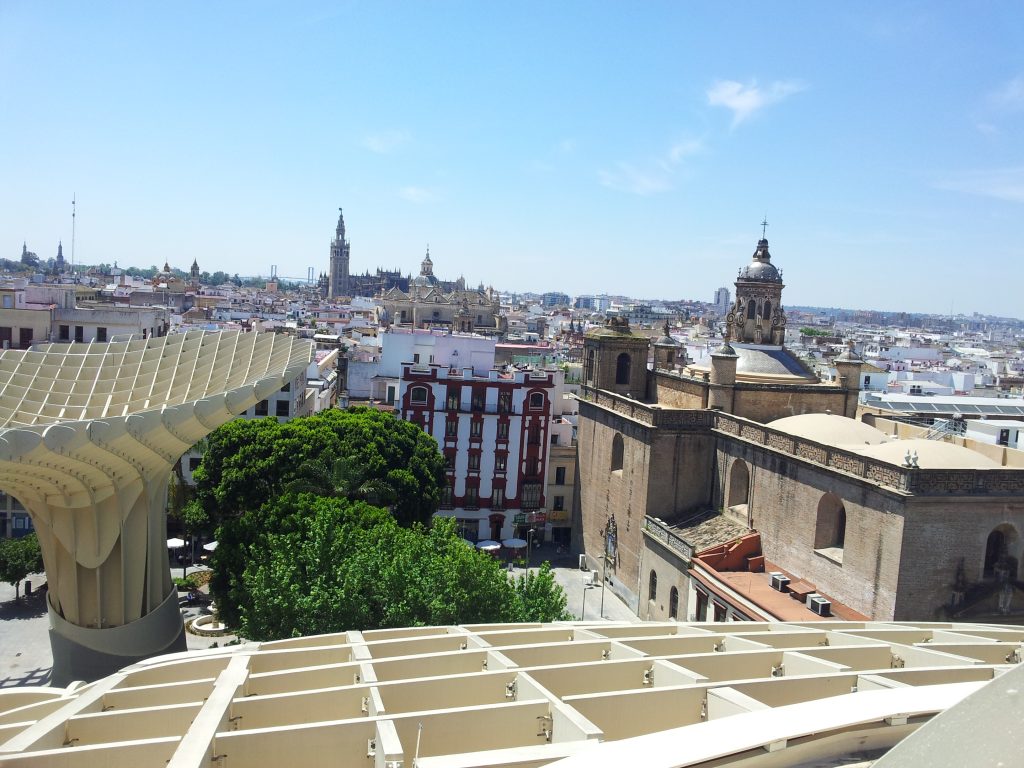