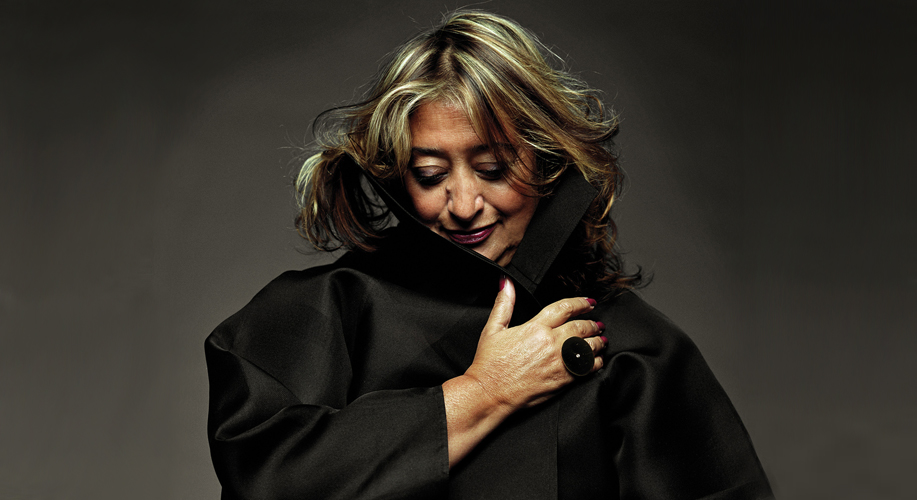 Some time ago, the great architect Rem Koolhass defined Zaha Hadid as “a planet in its own and inimitable orbit”. That praise towards herwork colleague shows the respect with which the architecture world considered the Great Dame. Zaha Hadid succeeded in entering a traditionally men’s world with a unique way to understand architecture. Her designs,...

Some time ago, the great architect Rem Koolhass defined Zaha Hadid as “a planet in its own and inimitable orbit”. That praise towards herwork colleague shows the respect with which the architecture world considered the Great Dame.

Zaha Hadid succeeded in entering a traditionally men’s world with a unique way to understand architecture. Her designs, full of curved shapes, were really engineering feats that would make people re-think about the physical limits.

After her death last 31st March, Zaha Hadid has let us a huge professional legacy, but above all, an example of bravery and courage with which she faced prejudices all her life.

“What did I have to pay dearly? The fact of being a woman, immigrant, with the desire of being a pioneer, being rich…all that. The combination of an immigrant woman, Arab, self-sufficient, and who did strange things did not make things easy.” But her discipline, strength and determination overcame all difficulties.

We are going to review two of the most outstanding wooden creations of the first woman to be awarded with the Pritzer Arquitecture Prize.

The Heydar Aliyev Centre in Azerbaijan

Amongst blocks that show the Soviet past of Azerbaijan, we can find this building, which has become a national symbol for a country searching modernization and the development of its infrastructure.

The Heydar Aliyev Centre, designed to celebrate the main cultural events in the country, establishes a direct relation between the square the building is set in and its inner part.

The characteristic wavy shapes of the architect modify the square surface in a way that takes the centre closer to one of Hadid’s main obsessions: converting buildings into landscapes.

For the inner part of the building it was decided to use North American white oak, a very adequate type of wood to be curved with heat, which was excellent for the complex shapes of the project. The wooden curves get together until they all metamorphose from one part to another in a continuous sequence. 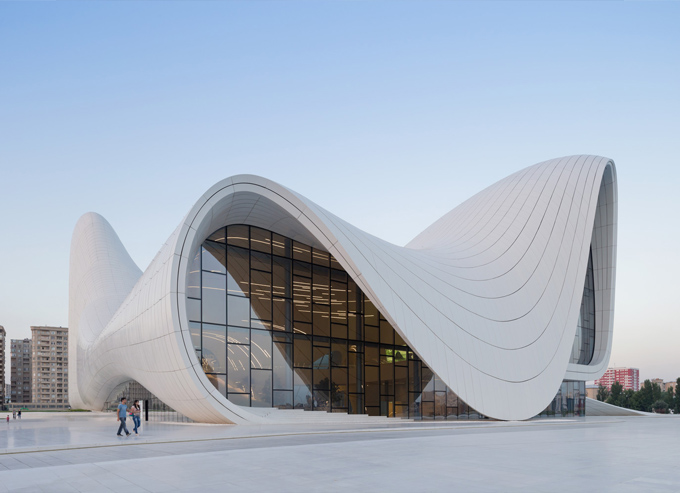 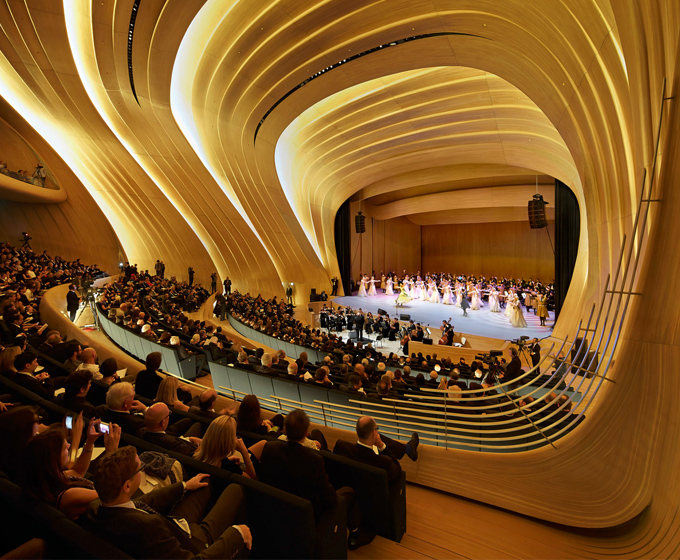 The Sleuk Rith Institute in Cambodia

This project aspires to serve as an archive for the history of Khmer Rouge for Cambodia and to be transformed into a centre of studies about the genocide in Asia.

Getting inspiration in the former architecture of Angkor, Zaha Hadid Architects have designed five wooden towers that will house a centre of investigation for the genocide, a school, a museum, an archive and a library.

As if they were trees, the five structures made of wood get out of the ground independent from each other, but as they grow, they get closer and closer to end up connecting the different departments they house.

The wood to be used in the building will come from sustainable farming and will provide warmth and natural materials. 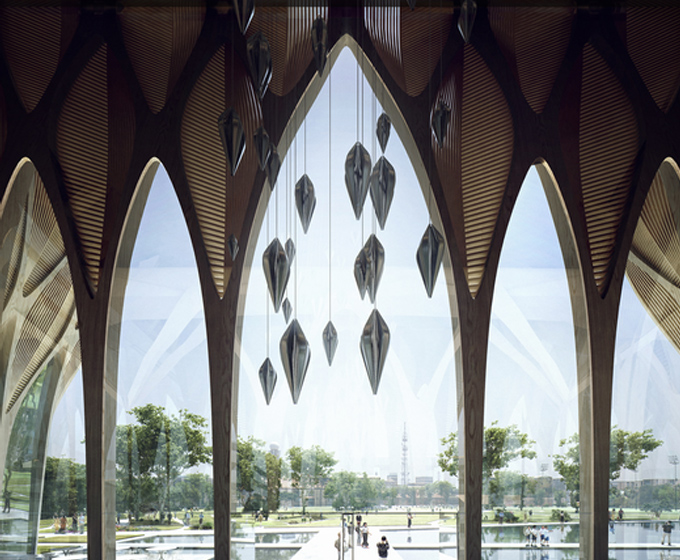 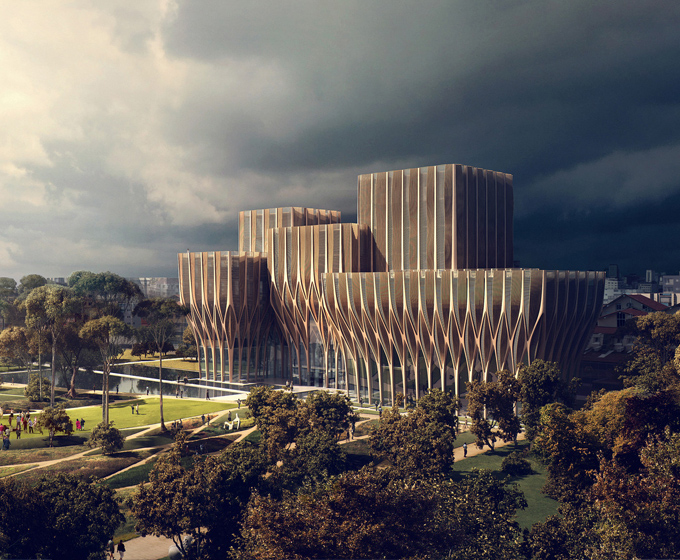 “If there are 360 degrees, there is no reason I have to limit to just one.”
Zaha Hadid 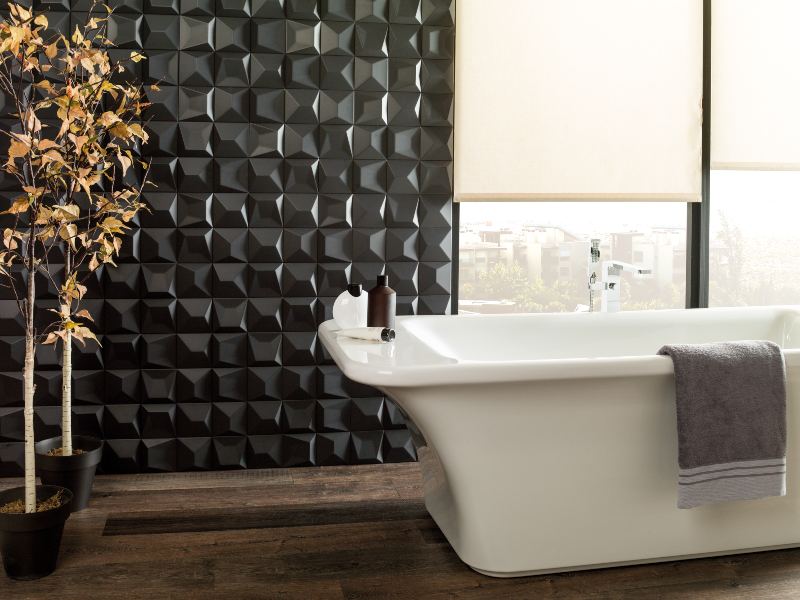 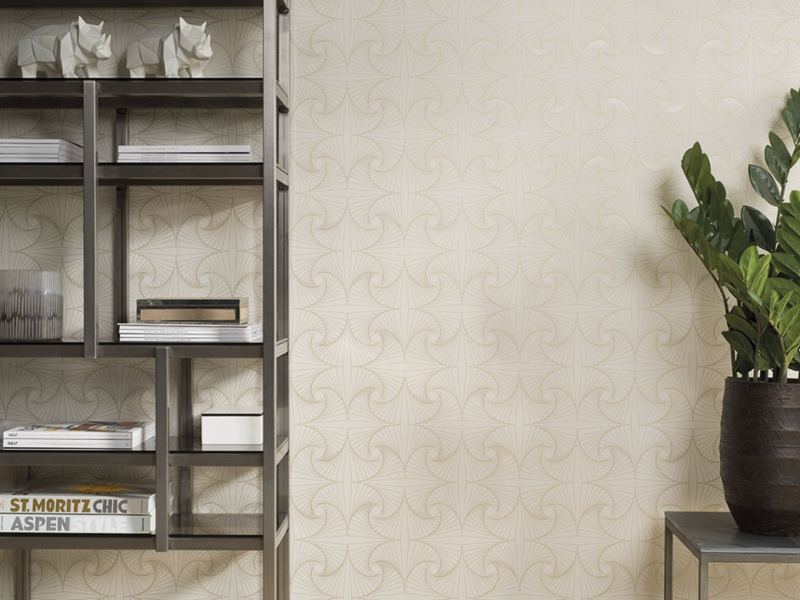 How to put up wallpaper in your home

Learn the 5 steps to install Wallpaper. We also guide you on how to make the right choice of wallpaper, how to prepare the strips and other common questions.