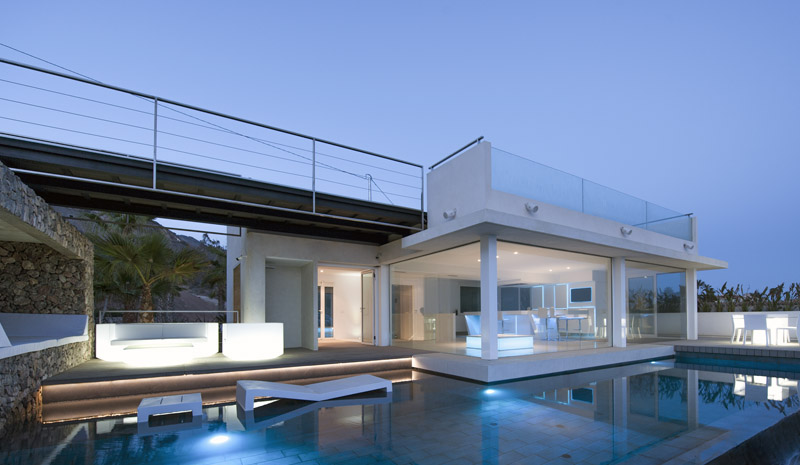 A balcony overlooking the Mediterranean. Estudio MUHER has designed one of the most impressive houses of the Murcia coast with this idea. Perched on a cliff, the project has been able to adapt to the conditions and constraints that the terrain presented, making an attraction out of them.
Divided into different levels, the access to the top floor is through a raised bridge made with Styledeck outdoor decking, as if it were a ship platform. It is a walkway from which one starts an itinerary on the tiered terraces that invites one to end in the sea.
At the intermediate level, L’Antic Colonial’s outdoor decking used in the swimming pool and terrace area connects seamlessly with the large kitchen made in white Krion®, focus of the house, around which the home life develops. The room furniture has been manufactured by Gamadecor, and it collaborates in the idea of the space as a “showcase” from which to see the outside and lose oneself in the Mediterranean.
The bedrooms are located in the lower part of the house, as if it were a yacht. This achieves the effect of an “underwater house” thanks to the glass walls through which one can see the bottom of one of the pools. Rays of light passing through the water invade the space, creating a unique setting in which the Black Marquina Buddha washbasin stands out as a sculptural piece in the home’s large living room, in front of an opening that lets us get a glimpse of the Balinese style garden.
A combination of white, blue, and gray, that manages to integrate the house with the Mediterranean. 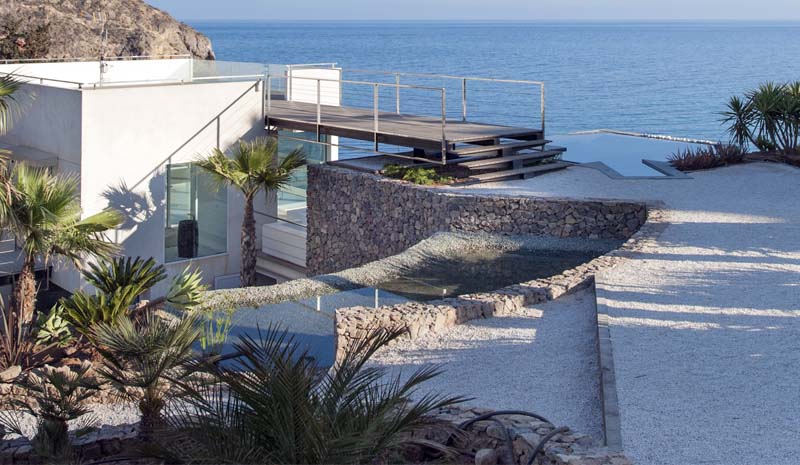 What they usedOUR PRODUCTS 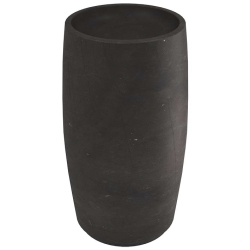